Andre was my brother.

Today (4-24-19) is his 54th Birthday. He was two years older than me, but I was the responsible one. That gap grew even more in our “adulting” years. While I was steady, building a family and a home, he was unmoored and slipping away. None of us knew how far he’d fallen and it was only in his final months (and after) when I realized how much he needed me.

Andre died at 33 over 20 years ago from a drug overdose. The stigma around this kind of death leaves those left behind confused. How do we tell others about him without pity or shame? For a time, when people asked about my family, I’d leave him out. It was too hard to explain. If he’d died in a car accident, from cancer or some other cause that seemed out of his control, it would be different. But suicide and drug overdose open the door for judgment and misunderstanding from well-meaning people. I didn’t want or need any of that. Neither would he.

Today, though, it’s his birthday and I want you to know my brother. He deserves that.

When I think of Andre, the first thing that comes to mind is his physical stature. As a kid, he resembled Mowgli from the Jungle Book: skinny and dark skinned with a head full of coarse black hair. He was a wild child. Andre climbed walls and jumped off just for fun. When he was 13, he got a new mini bike. He asked me if I wanted to go for a spin, so I hopped on. He took off fast, full throttle racing down a gravel road with me hanging off the back screaming for dear life. I never went on the back of a bike with him again – only on my own, with a helmet. He taught me to ride and, though it was his pastime, I learned to be confident behind the handlebars. He loved to go fast, do handstands, wheelies, jumps… That was Andre, happiest when he was in motion.

He was also an avid skateboarder. When we moved to Illinois in Junior High, there were no skateboard parks. In Andre fashion, he built his own ramp out of plywood at the bottom of a slope in our driveway. It was his very own makeshift half pipe! It fell apart 6 months later due to poor construction and weather. No one knew how he built it or where he got the plywood, but he sure had fun on it while it lasted.

That was a theme in Andre’s life, “while it lasts.” He moved from one thing to the next with ease. It was as if he expected things to fall apart or maybe he just lost interest and found something more exciting to do. I never asked… I imagine it was a little of both.

While I was on a determined course, he was free flowing. For two years, though, we overlapped at Southern Illinois University. He came down at my urging to finish his degree in management. We lived together for a year. I made curtains for our little apartment and kept the place clean and he did most of the cooking. He loved putting a meal together from whatever was in the fridge. Gumbo, stir-fry, chili and an eclectic variety of good cheap food was made that year. One thing I took away from our year together: Frank’s Hot Sauce makes everything taste better. I am still a loyal Frank’s fan because of him.

Andre was highly creative too. Whether planting the right cultivar of shrub, arranging furniture or painting a grapevine across his kitchen wall, he oozed creativity. I loved that about him – it made up for his lack of cleanliness.

We rarely ran in the same circles, though we respected each other’s friends. When we did overlap it was for a music festival or something like that. We spent time in the village of Makanda, Illinois, the crunchiest town in Southern Illinois. I had a few friends I met through my studies in anthropology who hung there. Makanda is where real hippies lived. They hung out, literally, siting on tree stumps, picking guitars, smoking weed and talking about everything and nothing. If you wanted to live on the fringe, Makanda was the place. Andre felt comfortable with these “freethinking” folks. But he fit in wherever he went. 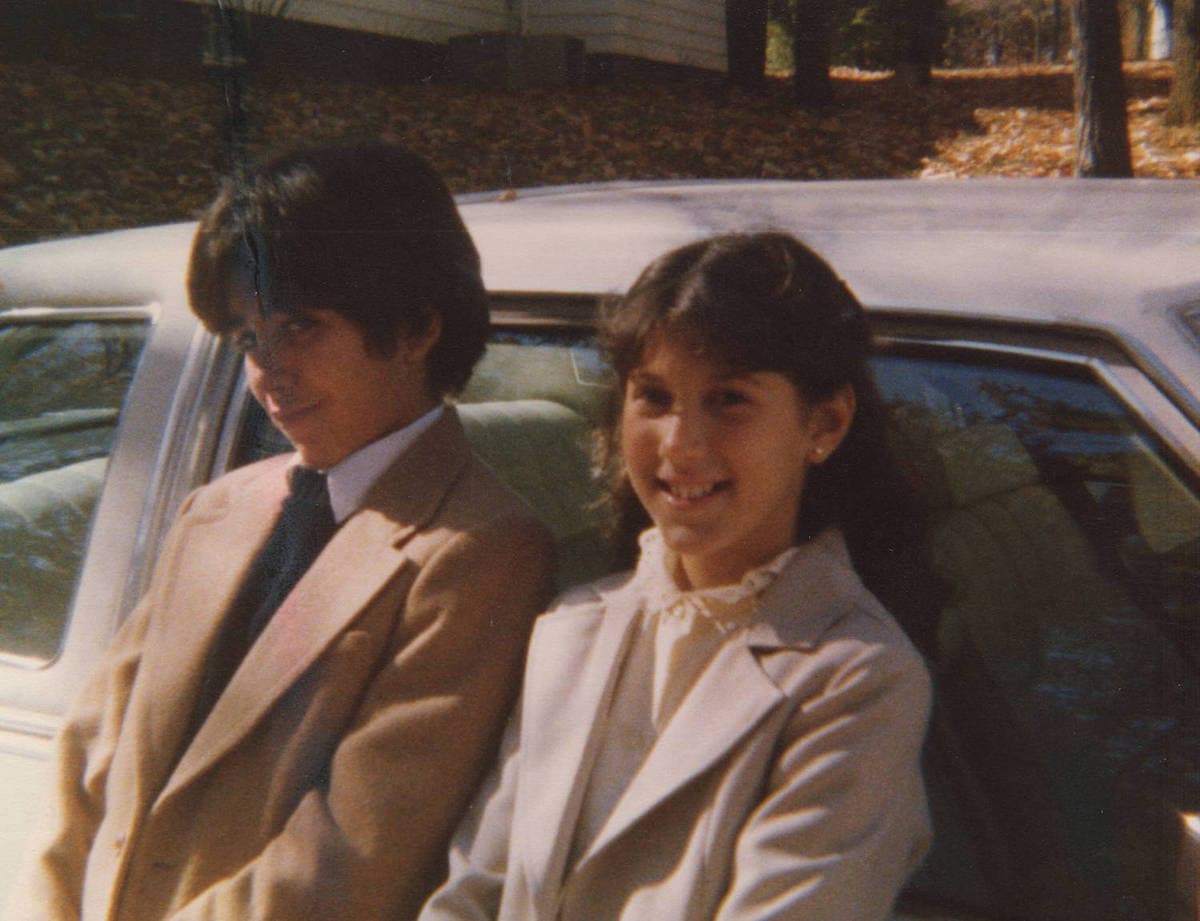 He could also put on a navy blue blazer, khaki’s and mingle with the country club set – which he did for many years. Wherever he was, people loved Andre. He had a coy way of being both flattering and shy. He endeared himself to many.

Andre was a father to Hannah, who was 8 years old when he died. When she was a toddler, he carried her on his shoulders and never let her out of his sight. As she grew, he wrote songs and poems about his blonde curly haired blue-eyed little girl. She was the delight of his life. Looking at her is like looking at Andre. She’s lively, creative, fun and wild.

The last time I talked with Andre was a 10-minute conversation. The phone rang just as I was heading out the door to go on an outing with my family. I thought he was calling to firm up his visit from Illinois to Cincinnati later that week. But he wasn’t. He just wanted to talk.

I knew he was struggling. In recent months, his calls were more frequent. We talked about important things – things that brothers and sisters share. He was doing better, or so I thought. I could tell he was scared, but I didn’t realize how close he was to falling off the ledge. I wanted more than anything for him to be well, heal and be free of this addiction. It was mid-May so I asked him what the weather was like. He told me it was sunny and warm, so I suggested he go for a bike ride, clear his head and get some fresh air. It seemed logical to say this, but looking back, I wished I had dug a little deeper, asked one more question, stayed on the line a little longer. My family was in the car waiting, and I was in a rush. (This was before cell phones, so I was tethered to the wall.) I remember very clearly, though, the very last thing I said to my brother. It was, “Andre, please be kind to yourself. Promise me? Just don’t be too hard on yourself.”

He died that week. He never made it to Cincinnati.

This particular memory sums up the love and vulnerability of my brother. I picture him sitting in my mom’s kitchen, guitar across his knee, harmonica propped up with a shoulder holster singing a rough, yet heartfelt version of “Heart of Gold,” by Neil Young.

It’s become my emblem for him and how I remember him at his best.

I’ve been a miner for a heart of gold.

It’s these expressions I never give.

That keep me searching for a heart of gold and I’m getting old.

I’ve been in my mind, it’s such a fine line That keeps me searching for a heart of gold and I’m getting old.

Andre didn’t get to be old. He didn’t make it in this world. In some ways, I think it’s the world’s fault, not his. 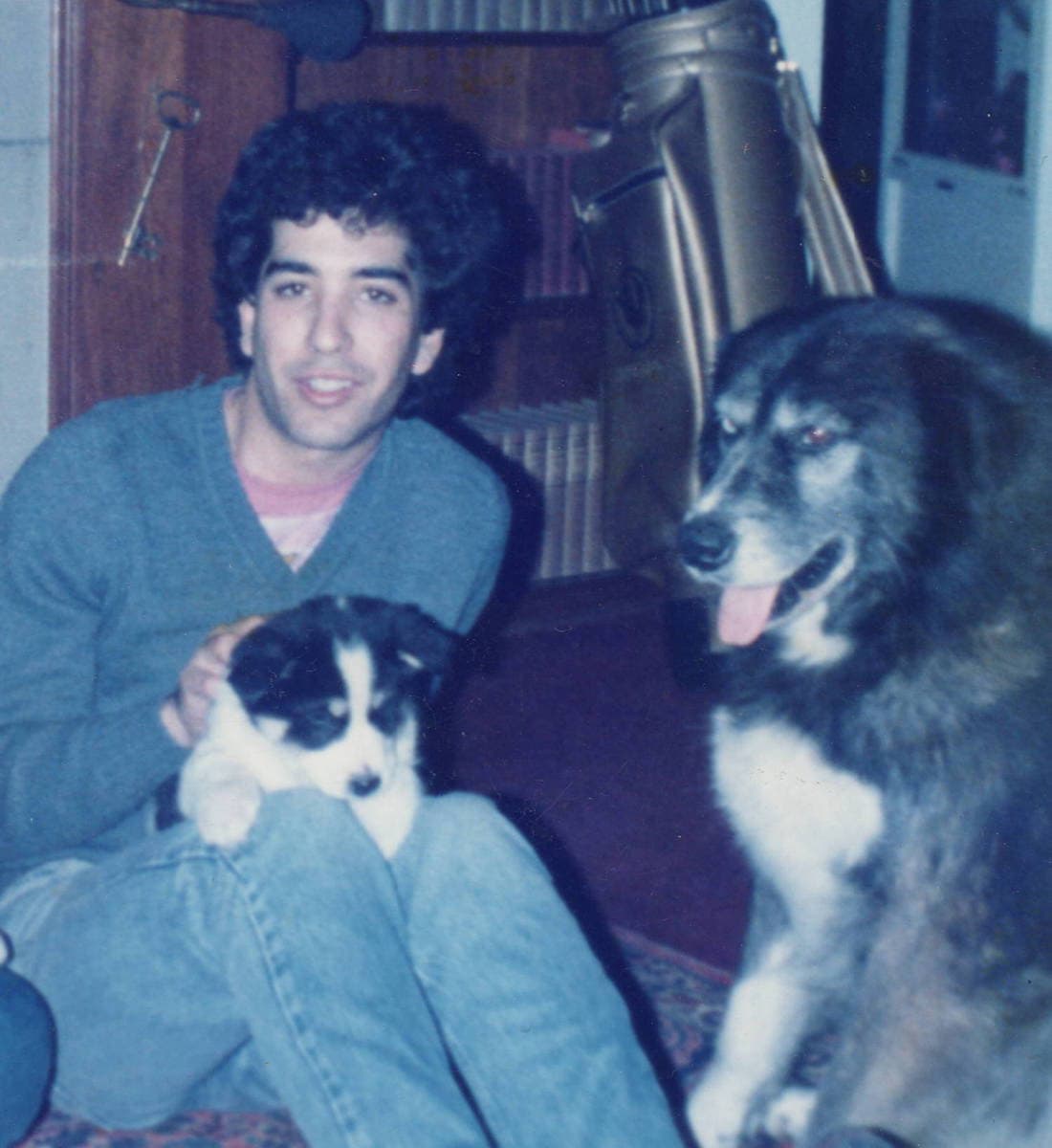 I realize, it’s more complicated than that. We all have choices. We all have paths that we walk. Some are more sensitive to life’s hardships and find ways to bury or mask the pain. Others plow head first into challenges believing that things will work out. Most of us are somewhere in between. But when I think of the last time I spoke to him, I am reminded to find the extra time to make the call to someone who is down, say I love you again, write that encouraging letter, check in on someone, tell the truth even if it’s hard, get in the car and drive to visit a friend in need.

We all have Andres in our lives. They say they are fine, but don’t know how to ask for help.

Our number one job as humans is to open our hearts to one another. Listen, pause, ask another question and listen more. What if we just put our phone down and get very present with each other? Think of one person who may need you right now. What if you offer them this gift? Give them 10 minutes, 20 minutes and hour. We can do this. We can be the change we want in the world.

Well, I’ve got to run. I have a meeting, but first, I need to put that letter in the mail that’s been sitting on my desk since February.

It’s the least I can do.

Happy Birthday and Thanks, Andre for being a one-of-a-kind.

Need help making changes or just need to open your mind to something new? Let’s talk. I work with people who want positive change for themselves and the world around them – work, home, school, community – where ever you are planted, you can make a difference.